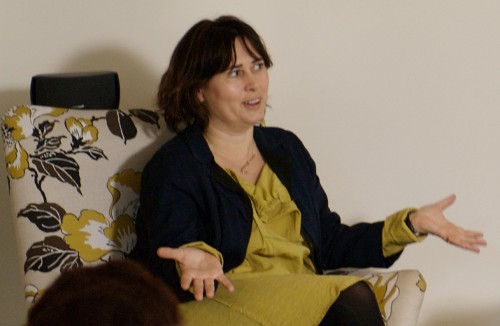 Do I care what you think about my dress sense? The powerful and sensible British Vogue editor Alexandra Shulman.

I spoke to a beautiful, glamourous and without a doubt stylish colleague at the newspaper office. In her eyes, Alexandra Shulman is undeserved of being the British Vogue’s editor. She isn’t a fashion fanatic, doesn’t feel the urge to dress remarkably and fashion week is more a duty for her than joy, ‘you can tell from her deadpan expression’.

On the other hand, Franca Sozzani’s ex-colleague Anna Dello Russo, the Vogue Nippon’s stylist is someone to look up to. That she lives and breathes fashion. That she owns an apartment solely for the purpose of archiving her 6000 pairs of shoes.
What has been omitted from the conversation is the talent shared between these two women. Shulman, while not a fashion fanatic, takes a career in publishing. If her sucess is judged by subscription and advertising, Shulman hasn’t done a bad job at all. Dello Russo, has been so successful that she was alleged to be earning ‘obscene amount of money that made the tax man suspicious’. She has styled and polished models and major fashion shows.
Both in fashion, both have talent. Aesthetically they present themselves differently. That’s all.

There’s this question circling me lately: ‘what are you going to wear?’ The full story is, I’m due to commence work at a regional publication based on High Street Ken. Working in the features and fashion desk almost immediately incites the aforementioned question.
‘I’m just gonna wear myself. After all I might be running around town from shop A to shop Z to collect deliveries like Emily’. But I can’t help and think what could be expected of me? A part of me is glad that I’m more worried about my performance than the clothes. Hettie emailed and said ‘make sure you come with lots of ideas and know the magazine well’. The pressure is on, and I’m gonna inhale every single copy I own as treasure.

At the same time, all these questions related to external grooming has led me to think if fashion or indeed impression has become too important? We digest a week’s news a 500 words column, decided the fate of Ashley Cole because the media has forced us to… Do we spend time to try and understand a situation anymore? Has face value become more important than what’s inside?

This is in no way contradictory to my last editorial, which I didn’t give a vote to Donna Karan for her CFDA award because she is more concerned with emancipating women. When it comes to a fashion oscars, having the heart is not enough. Its like a good script with bad directing and photography will not win best picture.

It all comes back to the lack of heart and the full of shit modern society. Why has Terry Richardson been tolerated till today? Why has Anna Wintour become so fearsome? Why is the Guardian allowed to be sued for publishing a eugenicist’s comment word for word without editing (YSL’s stefano pilati)? Why is there only a few brands that matter? Why did McQueen kill himself? (One speculation was that he has become disillusioned with the Yes world. All the sucking up was too much to bear etc) 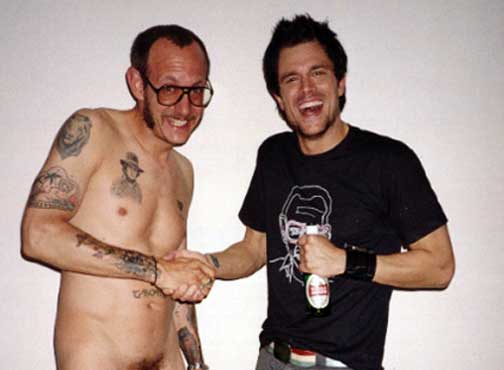 Terry Richardsoon poses naked with Jackass star. It has emerged that he asks vulnerable models who want to cut it in the fashion world to pose naked while touching themselves. And taking pictures of them fellating him.

Coupled with all the feminist documentaries and articles I have watched and lately, the question has left me pondering the definition of fashion. Do we dress to please the unwritten rules in fashion?
I love fashion, but the fact that I don’t dress like Lada Gay Gay day in day out, spend all my allowance on Céline or Chloe doesn’t mean that I don’t deserve to be in fashion.
Hilary Alexander said she doesn’t follow the catwalk slavishly. And yet it doesn’t mean that she is not aware of the trends – she enthusiastically attends all major fashion shows. She is still widely regarded as the fashion journalist of britain. THE fashion journalist of britain, and adored by everyone from Galliano to Gabbana.

So what seems to be the problem here? There’s no problem. People should just believe in themselves and understand that they are as good as everybody else. Sprinkle a bit of originality, enthusiasm and diligence.

What do you fancy reading?

Kiwibiwi.com was created in Janurary 2009. The website is edited by Kawai Wong, a writer who specialises in Fashion, Culture and Food who is the fashion editor at Felix, the Guardian award winning student newspaper of Imperial College London. She has also worked at the Daily Telegraph and the Evening Standard. The site seeks to logically look beyond the hype of fashion to seek the true gem hidden behind logs. Talents come first, gimmicks come last. Kiwibiwi.com supports the Estethica agenda of the British Fashion Council. They've got it right - 'ethical fashion is fashion; others are non-ethical'. While we all have a good time snapping up bargain fashion, it doesn't mean we should turn a blind eye to child labour and people working in exploitative environment. Kiwibiwi.com looks into the future without forgetting the past. 50s in Paris and 60s in Hong Kong. The New Look and the Cheongsams are moda paradiso. Kawai freelances for fashion designers. Contact her at kawai.wong@kiwibiwi.com

See how we evolve! Read our articles chronologically!